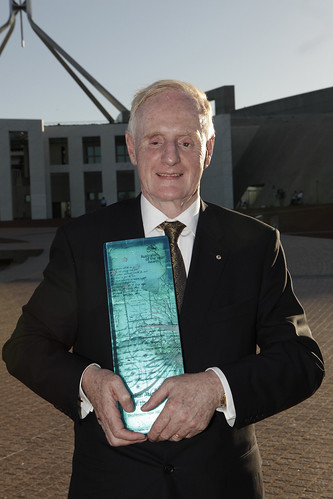 Professor Ron McCallum is the first totally blind person to have been appointed to a full professorship at an Australian university. Professor McCallum was the foundation Professor in Industrial Law at the University of Sydney, and from 2002, he served five years as Dean of Law. He has fervently pursued equal rights for working people across the globe and was the inaugural President of the Australian Labour Law Association from 2001 to 2009. He is currently Chair of Radio for the Print Handicapped of New South Wales Co-operative. The organisation operates radio 2RPH, which reads out newspapers and magazines over the air for blind and other print handicapped listeners. He is also one of two Deputy Chairs of Vision Australia, and one of 12 members of the first monitoring committee for the United Nations Convention on the Rights of Persons with Disabilities. He was appointed inaugural Rapporteur of this committee and is now the Chair. Ron has also recently been appointed to the Federal Government’s National People with Disabilities and Carers Council. Ron is a leading light in the disabled community, working for equality among all Australians.