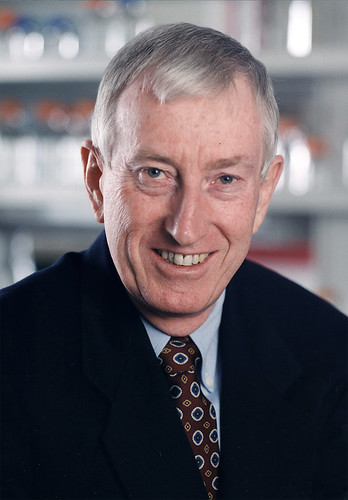 Winner of the Nobel Prize for Medicine

Born in Brisbane, Peter Doherty studied veterinary science at the University of Queensland. He worked in animal research before undertaking graduate studies in medicine at the University of Edinburgh. In 1971 Doherty took up a postdoctoral fellowship at the John Curtin School of Medical Research in Canberra. Working with Swiss doctoral student Rolf Zinkernagel, he discovered how the human immune system recognises virus-infected cells. Their findings greatly increased the success of human organ transplants and had many other clinical benefits. Two decades later they were awarded the 1996 Nobel Prize for Medicine for their groundbreaking research. Doherty spent much of his subsequent research career in the United States, at the Wistar Institute in Pennsylvania and the St. Jude Children’s Research Hospital in Tennessee.

When accepting his Australian of the Year award, Doherty argued Australia should become a republic: ‘I don’t see any reason for maintaining a situation in which the Head of State of Australia is the Queen of England.’