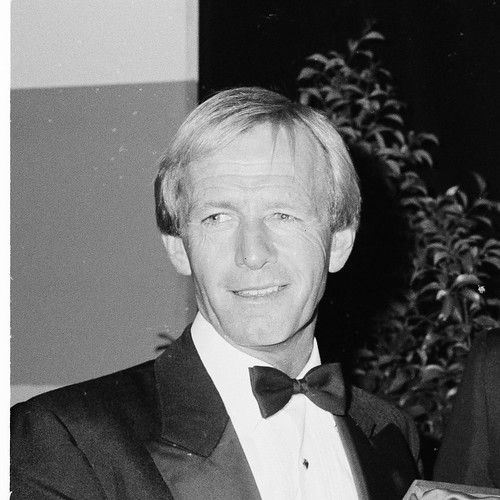 Born in northern New South Wales and raised in Sydney, Paul Hogan was a rigger on the Sydney Harbour Bridge when workmates encouraged him to enter the television talent quest New Faces. From 1973 to 1984 Hogan starred in The Paul Hogan Show, which showcased his ocker brand of humour and endeared him to popular audiences. The ‘Hoges’ persona that he created was highly successful in a range of advertising campaigns. In 1984 Hogan starred in a campaign promoting Australian tourism, in which he famously offered to ‘slip an extra shrimp on the barbie’ for the international traveller. The campaign was particularly successful in the USA, where it lifted Australia from 49th to 1st on the list of most desired holiday destinations.

Hogan was unable to accept his Australian of the Year award in person, as he was in Canada filming scenes for his upcoming film Crocodile Dundee, which was a major international box office success.