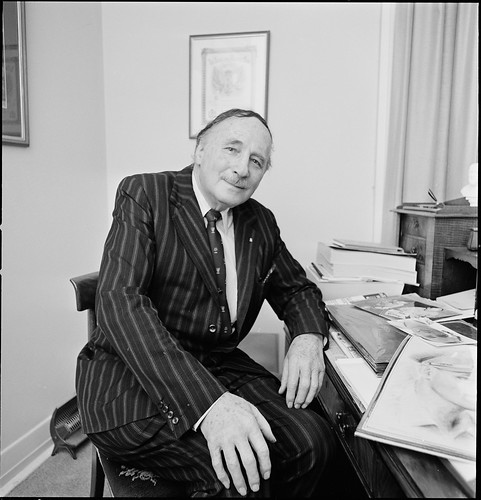 Surgeon and Prisoner of War

Born in northern Victoria, Edward ‘Weary’ Dunlop studied medicine and surgery at the University of Melbourne. During World War Two he was posted to a hospital in Java shortly before it fell to Japanese forces. In 1943 he commanded the first contingent of Australian prisoners of war sent to work on the infamous Thai-Burma railway. He provided legendary leadership in the horrific conditions of the labour camps and was described by one of his men as ‘a lighthouse of sanity in a universe of madness and suffering.’

After the war Dunlop specialised in gastro-oesophageal surgery and pioneered new surgical techniques. He also promoted reconciliation with Japan and was President of the Australian-Asia Foundation. He gave his time to many important organisations, including the Drug and Alcoholism Dependency Foundation and the Anti-Cancer Council.

When advised of his Australian of the Year award, Dunlop modestly remarked that 1976 must have been ‘a very lean vintage.’