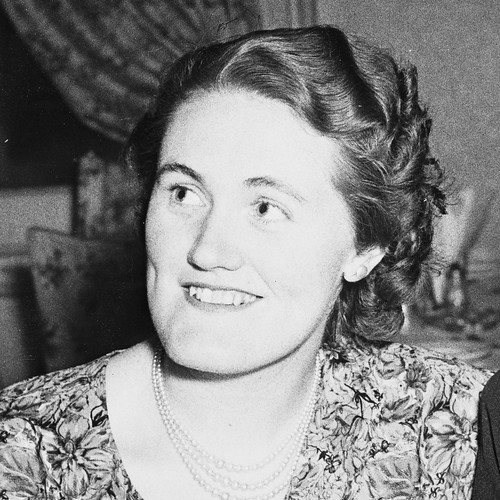 Joan Sutherland was born in Sydney and studied piano and voice with her mother from a young age. In 1951 she won Australia’s pre-eminent opera competition the ‘Sun Aria’ before moving to London to study at the Royal College of Music. Sutherland’s breakthrough performance came at London’s Covent Garden in 1959 in the title role of Donizetti’s Lucia di Lammermoor. Her critically acclaimed performance quickly attracted invitations to perform the role in Paris, Milan and New York.

When the Australia Day Council Chairman Sir Norman Martin named her the 1961 Australian of the Year, he proclaimed: ‘She is the Nellie Melba of our time – no doubt about that. Joan Sutherland has restored Australia to the glittering centre of the musical world.’ Dame Joan was a leading international soprano for three decades before her retirement in 1990. Luciano Pavarotti once described her voice as ‘certainly the greatest voice this century’.