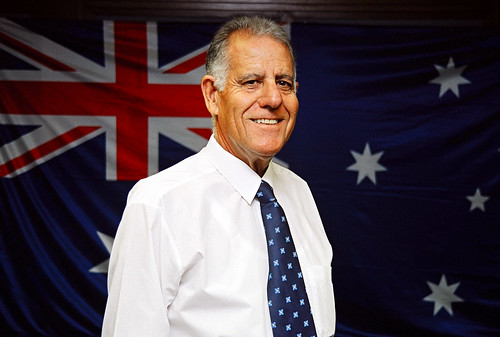 Tony Milhinhos was born in Portugal and immigrated to Australia in his twenties. Settling in Darwin he worked in the construction industry before becoming a small business owner. In 1974 Tony’s supermarket was badly damaged by Cyclone Tracey and he famously donated the entire stock to displaced families. He subsequently borrowed $20,000 through a government loan scheme and started a new retail business that grew to become the Nightcliff Shopping Centre. In 1983 Tony donated one Sunday’s takings to the Ash Wednesday bushfire appeal and also inspired his employees to contribute their wages. It was the first of many fundraising efforts benefiting diverse charities, including the St. Johns Ambulance, the RSPCA, Autism N.T., and the Guide Dogs Association.

Following the 2004 Asian Tsunami he set up an appeal at his shopping centre and pledged to match the donations of customers up to $100,000. Through his commitment to philanthropy, Tony Milhinhos is an inspiring Australian role model.