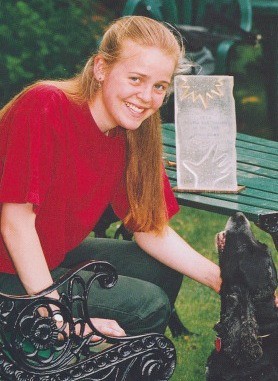 Born in Hobart to an anaesthetist and a pharmacist, Anna Bown excelled academically during her secondary schooling, winning prizes in science, French, German, and as a pianist and violinist. An all-round student, Anna also represented her school in rowing, hockey and volleyball, and participated in school plays and debating. In 1993 Anna was one of four young Australians selected to represent her country at the International Biology Olympiad in The Netherlands. Competing against students from sixteen countries, Bown won the individual gold medal and helped guide her teammates to second place in the team event. In 1994 she commenced a medical degree at the University of Sydney.

During her national tour Anna Bown spoke enthusiastically in favour of science education in schools: ‘I believe I have a valuable role as Young Australian of the Year to demonstrate the relevance of science to young people. I particularly encourage girls to attain their full potential in scientific domains.’